In a precedential opinion filed on September 26, 2018, the Court of Appeals for the Third Circuit examined when a plaintiff’s allegations of a RICO injury are extraterritorial – and thus barred – or based in the United States and thus proper under the statute.   Humphrey v. Glaxosmithkline PLC, 17-3285 (3d Cir., September 26, 2018).  The Court’s inquiry was made necessary by the Supreme Court’s 2016 holding in RJR Nabisco, Inc. v. European Community, that “although a litigant may file a civil suit against parties for racketeering activity committed abroad, § 1964(c)’s private right of action is only available to a litigant that can ‘allege and prove a domestic injury to its business or property.’”  Id. (citing RJR Nabisco, Inc., 136 S. Ct. 2090, 2106 (2016).  In Humphrey, the Third Circuit was presented with a case where the reputation and goodwill of the plaintiff’s Chinese business had allegedly been destroyed by the fraudulent acts of the defendants.  Id. at 4-5.  The court was thus forced to resolve whether this injury was domestic or foreign.  Id. at 5.

The Third Circuit noted that the Supreme Court had been able to treat the question of when an injury was “domestic” as opposed to “extraterritorial” as settled in RJR Nabisco because the plaintiff there had waived any injuries that had been suffered in the United States.  Thus, the opinion offers little guidance from the Supreme Court on determining where an injury has been suffered.  Id. at 9-10.  In addition, only a few other Circuit Courts of Appeals had addressed the issue.  Id. at 11.  The Second Circuit, for its part, had rejected a bright-line rule limiting RICO claims to residents of the United States in favor of a focus on the “location of the alleged injuries.”  Id. at 14 (citing Bascuñan v. Elsaca, 874 F.3d 809, 820-21 (2d Cir. 2017)).  The Second Circuit specifically eschwed relying on the “location of the plaintiff’s residence or the defendant’s alleged misconduct” as the rule of decision.

The Third Circuit, focusing initially on a published decision from the District of New Jersey — Cevdet Aksut Ogullari Koll. Sti. v. Cavusoglu – explained that while the physical location of a plaintiff was relevant, it was not dispositive and, in the right circumstances, “a foreign corporation with ‘substantial business operations within the United States’ could, hypothetically, assert a RICO domestic injury because the injury could be felt in the United States.”  Id. at 16 (citing Cevdet Aksut Ogullari Koll. Sti., 245 F. Supp. 3d 650, 659 (D.N.J. 2017)).

In the end, the Third Circuit held that “[a] domestic injury under § 1964(c) is found where the relevant factors, appropriately weighed, establish that the alleged harm was suffered in the United States.”  Id. at 21.  Thus, a court should employ a “multi-factor” test that examines: plaintiff’s residency, the location of plaintiff’s principal place of business, where plaintiff performs services, where agreements are entered and what law governs those agreements, where underlying factual events – such as meetings or fraudulent statements occurred, and whether plaintiff has assets and offices in the United States.  Id. at 21-22.  This multi-factor test requires careful pleading on the part of the plaintiff seeking to state a claim and necessitates complete briefing to dismiss by a defendant seeking to escape the treble damages of RICO. 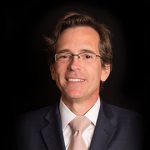