On June 4, 2018, the United States Supreme Court, in Masterpiece Cakeshop Ltd. v. Colorado Civil Rights Commission, ruled in favor of a Christian baker who refused to bake a custom wedding cake ordered by a same-sex couple.  The Court’s 7-2 decision vacated the discrimination charges against the bakery owner but largely avoided the core constitutional questions involved in the case.

The case originated six years ago, in the summer of 2012, when Charlie Craig and his partner David Mullins attempted to order a custom wedding cake from Masterpiece Cakeshop in Colorado.  The bakery owner told the couple he would not accept the order because same-sex marriage violated his Christian beliefs.  Craig and Mullins filed discrimination charges with Colorado’s civil rights agency, which in turn ordered the bakery to “cease and desist” from discriminating against same-sex couples.

After a series of appeals, the Supreme Court last week ruled in favor of the bakery owner.  The Court indicated that its decision was based on the fact that the Colorado Civil Rights Commission had displayed hostility toward the bakery owner’s religious beliefs instead of applying the anti-discrimination law in a neutral manner.  Because the case was decided on those narrow grounds, the decision did not address the significant underlying question of whether a company owner or employee is exempt from laws prohibiting discrimination based on his or her sincerely held religious beliefs.

Although it ultimately found for the bakery owner, the Supreme Court specifically acknowledged the equal rights of persons who identify as LGBTQ. Thus, this decision underscores the importance of addressing sexual orientation, religious accommodation, and other related issues in anti-harassment and anti-discrimination trainings and materials.

For more information, please contact M. Trevor Lyons at [email protected] or Kristin Spallanzani at [email protected] or (973)757-1100. Walsh Pizzi O’Reilly Falanga LLP’s attorneys are available to discuss this case, how it emphasizes the importance of having proper policies and trainings, and other important legal developments. 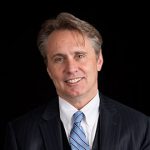 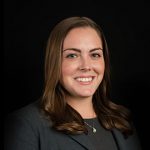