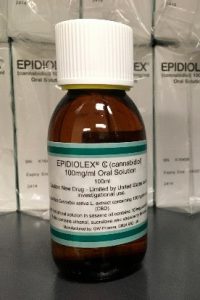 On June 25, 2018, the FDA approved marijuana based Epidiolex, a drug targeting severe forms of epilepsy. Whereas other synthetic marijuana drugs are already on the market, Epidiolex marks the first cannabis plant derivative to receive FDA approval. Although marijuana remains a Schedule I substance under the Controlled Dangerous Substances Act, 21 U.S.C. § 801, et seq., alongside drugs such as Heroin and LSD, research on marijuana’s medicinal properties has been encouraged in recent years — in part through the FDA Botanical Review Team. Ingested in tandem with other, older epileptic drugs, Epidiolex purports to address seizure rate and severity in patients two years of age and older.

Cannabinoids, chemical compounds found in marijuana, can be isolated and purified to exploit their potential medical use. Epidiolex is the purified form of a compound called cannabidiol (“CBD”). According to the FDA, through complex ionic interactions in the nervous system, CBD can have an anticonvulsant effect that diminishes seizures associated with Lennox-Gastaut and Dravet Syndromes, which are rare forms of epilepsy. The CBD compound is extracted from genetically modified cannabis plants and purified, while tetrahydrocannabinol (“THC”), marijuana’s psychoactive component, is reduced to trace amounts. Current laws protect the sale of CBD-based drugs if the compound was extracted from hemp, not cannabis. CBD products, however, vary in potency and dosage. Epidiolex, the first approved drug extracted from cannabis, standardizes CBD use in treatment of epileptic seizures.

Despite its approval, the FDA’s press release cautions that Epidiolex’s approval should not be construed as approval of marijuana itself. Practically, however, Epidiolex’s approval may affect marijuana’s Schedule I classification – a schedule reserved for substances that “have no currently accepted medical use in the United States.” Despite political pressure, the DEA declined to reschedule marijuana in 2016 and, instead, directed research on the plant. By approving Epidiolex, a dialogue about CBD’s classification has begun.

Epidiolex’s approval could play a role in marijuana’s legal standing. Conflicts between state and federal marijuana legislation persist, but Epidiolex’s approval may signify future changes to marijuana’s federal Schedule I designation which, for years, proved to be a self-fulfilling prophecy. By placing marijuana on Schedule I in 1970, the DEA ostensibly found marijuana to lack medical properties. Until recently, marijuana’s Schedule I designation prevented the research necessary to determine its potential medical value. Many states, however, have since implemented medicinal marijuana programs and undertaken to revisit marijuana’s schedule on a state level. Currently, thirty states and the District of Columbia allow medicinal and/or recreational use of marijuana. GW Pharmaceuticals, Epidiolex’s British manufacturer, dodges many legal concerns by growing its cannabis plants abroad and importing the drug to the U.S. in its final form.

For more information on the effect Epidiolex’s approval may have on marijuana reform policy or the firm’s Marijuana Regulatory Practice, please contact Marc Haefner, Joseph Linares, or Selina Ellis at (973)757-1100.