Dodd-Frank was signed into law by President Obama in 2010.  Dodd-Frank was drafted in the wake of the 2008 financial crisis.  In part, Dodd-Frank authorized the Financial Stability Oversight Council (FSOC) to designate financial market utilities as “systemically important” a.k.a. “too big to fail.”  Dodd-Frank also gave the Federal Deposit Insurance Corporation (FDIC) authority to guarantee bank debt during times of severe economic crisis.  Along with the consumer protections that Dodd-Frank provided were significant regulations and reporting requirements, which critics complain put a harmful strain especially on smaller regional and community banks.

One response to Dodd-Frank was the introduction of the Financial Choice Act, proposed in 2017, that sought to end the “too big to fail” and bank bailout provisions provided for by Dodd-Frank; however, it was never enacted into law.  The Financial Choice Act proposed to amend Chapter 11 of the Bankruptcy Code to establish bankruptcy procedures specific to covered financial institutions and to allow for conversion of a financial institution’s Chapter 11 restructuring into a Chapter 7 liquidation bankruptcy case.  The Financial Choice Act also sought to repeal the FDIC’s authority to guarantee bank debt during times of severe economic distress, and for the FSOC to designate financial market utilities as systematically important.

The Crapo Bill signed into law by President Trump displayed a compromise between the proponents of keeping Dodd-Frank unamended and the Financial Choice Act.  For example, the Crapo Bill raises the threshold for classification as a systemically important financial institution (SIFI) from $50 billion in assets to $250 billion.  This rollback decreases the number of financial institutions subject to the Dodd-Frank regulations and supervision from 38 to 12, potentially providing significant benefit to smaller regional or community banks. 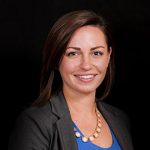