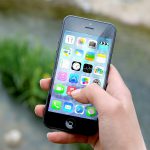 Citing a violation of the Fourth Amendment, which protects U.S. citizens from “unreasonable search and seizure,” on June 22, 2018, the U.S. Supreme Court overturned the burglary conviction of Timothy Carpenter. Carpenter v. United States, 16-402 (2018). The Court opined that the location information culled from his phone service provider used in Carpenter’s conviction was inadmissible.

Casually logged by Carpenter’s wireless provider, this location data enabled prosecutors to establish Carpenter’s close proximation to a series of burglaries, thus helping jurors find sufficient evidence with which to convict. Crucially, prosecutors had obtained Carpenter’s historical cellphone location data by court orders—not a warrant, calling into question the defendant’s Fourth Amendment rights and his “reasonable” expectation of privacy in a digital age. With the reversal, the Court acknowledges an individual’s right to a “reasonable” amount of location privacy and confirms that a warrant is necessary to obtain an individual’s historical cellphone location data.

Modern society features a chronic and increasingly inescapable tethering to technology – and to cell phones in particular. Seeking to meet consumer demand for reliable, fast data use as demand for copious amounts of data rises and to remain competitive with other providers’ data speeds, cell providers build more cell towers. As the number of such towers increases, each cell tower consequently serves users in increasingly smaller areas. By design, each cell phone automatically connects to the nearest tower and triggers the creation of an entry with the wireless carrier denoting time and cell-site; these entries are known as cell-site location information (“CSLI”). As Mr. Carpenter allegedly participated in a series of armed robberies targeting RadioShack and T-Mobile stores, CSLI reflexively accrued and documented his relative whereabouts at specific times. While lacking the meticulous precision of a GPS, Carpenter’s CSLI data still proved accurate enough to assign blame by pinning him to the area near four of the burglaries, helping to secure an initial conviction.

The Fourth Amendment protects an individual’s right to a “reasonable” amount of privacy in the absence of a search warrant, which can only be issued with probable cause. Without a warrant, Carpenter argued, the location of his person as provided by CSLI fails the litmus test of reasonability. Pointing to the Fourth Amendment, courts have previously upheld an individual’s right to a reasonable amount of privacy in his physical movements. On the flip side, the third-party doctrine developed by the courts negates the expectation of privacy since a user’s phone contract itself explicitly gives consent to furnish the wireless provider (a third party) with records and information. Caught between conflicting precedent and with consideration of the implications of a digital age, the Supreme Court ruled 5-4 that Carpenter indeed possesses a reasonable expectation of privacy in his person, especially because CSLI reflects a comprehensive record of his location data that his provider assembled.

Chief Justice Roberts delivered the ruling of the Court, which Justices Ginsburg, Breyer, Sotomayor, and Kagan joined. He emphasized its narrow scope, subtly considering the implications of the Court’s decision as technology continues to improve, and explained, “When the Government tracks the location of a cell phone it achieves near-perfect surveillance as if it had attached an ankle monitor to the phone’s user.” Responding to the government’s plea for application of the third-party doctrine, Roberts writes, “The Government’s position fails to contend with the seismic shifts in digital technology that made possible the tracking of not only Carpenter’s location but also everyone else’s, not for a short period but for years and years.” Justices Thomas, Kennedy, Alito, and Gorsuch each wrote their own dissenting opinions, revealing disagreement amongst the dissenters. Justice Kennedy, in his dissent which Thomas and Alito joined, argues that third-party precedent, in fact, does apply, declaring, “Customers like [Carpenter] do not own, possess, control, or use the records, and for that reason have no reasonable expectation that they cannot be disclosed pursuant to lawful compulsory process.” Because Carpenter did not make the property-based argument Gorsuch sought in order to revisit more broadly the third-party doctrine (and thus find it at odds with the Fourth Amendment, as he has indicated a desire to do), Gorsuch filed a dissent that followed a different argumentative arc.

The reversal shows that five justices, on this occasion and in this digital privacy sphere, were willing to read the Constitution as a living document, interpreting the rights provided all Americans through a modern-day lens and flex the applicability of the document to modern issues of technology and unprecedented capabilities of surveillance.  With the departure of Justice Kennedy, any predictions for the future based upon Carpenter amount to little more than conjecture. 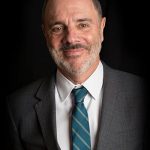