Affirming the State’s persistent effort to become one of the most pro-policyholder jurisdictions, New Jersey’s State Senate on June 7, 2018 passed a bill dubbed the “New Jersey Insurance Fair Conduct Act,” following a near decade-long battle to introduce such an enactment. While current law directs distressed consumers to seek relief with the Commissioner of Insurance, the new proposed legislation, designated S2144, furnishes consumers with the right to sue in court for violations of C.17:29B-4, marking a significant shift for New Jersey insurers. Seeking to remedy a perceived incongruity of power between claimant and insurance company, the bill hinges upon a new conception of “bad faith” on the part of insurers and considerably changes the first party rights of claimants. 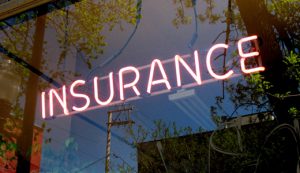 Under this proposed legislation, a plaintiff could file a civil action against its insurer for an “unreasonable delay or unreasonable denial of a claim for payment of benefits under an insurance policy,” yet the proposed legislation falls short of a full elucidation of (un)reasonability. In addition to the new pro-policyholder language, the bill describes penalties to be assessed against the insurer for noncompliance or misconduct including treble damages, prejudgment interest, and reasonable attorney and litigation expenses.

Main points of tension with this bill are grounded in its lack of specificity, as insurers would be liable for any “unreasonable delay or denial.” This language has been criticized as unduly ambiguous, and the New Jersey State Bar Association’s Civil Trial Bar Executive Committee argues in favor of bill modification to decrease public confusion and unnecessary litigation. If legislation is to be considered, the Committee suggests sharpening the definition of “bad faith” to impose numerical or time limits as opposed to the current bill’s language, a more objective criterion to assess bad faith liability and an equitable measure of damages could emerge – protecting insurers and the public alike. The Bar Committee further objects to the treble damages penalty and suspects that fee shifting as described may create potential attorney/client conflicts of interest. Since this bill substantially alters the current law, insurance companies should stay abreast of all developments. 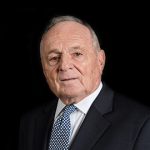