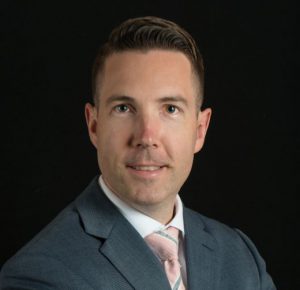 Less than three-months later (within the 90-day preference period), Debtors filed for bankruptcy protection.  The Debtors scheduled the property as being worth $335,000, with $89,000 in judgment liens.  The Debtors owed $45,000 to Arianna under the tax sale certificate.  The Debtors sued to avoid the transfer of title to Arianna pursuant to the tax foreclosure as a preference.

In granting Debtors’ motion for summary judgment, the Bankruptcy Court found that the transfer of title to Arianna satisfied all elements of a preference under Section 547.  Specifically, the tax foreclosure resulted in a transfer of the Debtors’ property: (1) to a creditor (Arianna); (2) on account of a debt owed to Arianna prior to the transfer; (3) while the Debtors were insolvent; (4) within 90-days prior to the Debtors’ bankruptcy filing; (5) that enabled Arianna to receive property worth $335,000—substantially more than the $45,000 value of its tax lien it would have received in a Chapter 7 case.

In affirming the Bankruptcy Court’s ruling, the District Court agreed the Supreme Court’s decision in BFP v. Resolution Trust Corp., 511 U.S. 531 (1994)—which held that a properly conducted mortgage foreclosure could not be avoided as a constructively fraudulent transfer pursuant to Section 548 of the Bankruptcy Code—did not control the issue of whether a tax foreclosure could be avoided as a preference under Section 547.  Among other distinctions, the District Court found that tax foreclosures, unlike mortgage foreclosures, result in the direct transfer of title to the tax certificate holder based only on the taxes and interest owed without any public bidding to establish the value of the underlying property being transferred.

The District Court also found no prejudice to Arianna resulting from the avoided tax foreclosure since it would remain entitled to the value of its tax lien (including 18% interest) from the Debtors.

Though Arianna has appealed the District Court’s decision to the Third Circuit, tax lien investors in New Jersey and elsewhere should be aware of the Hackler decision, and its potential impact on a tax lien holder’s ability to maintain title to property acquired via tax foreclosure in the event of a debtor’s bankruptcy filing.

We will update this post if and when the Third Circuit reaches the merits of this issue.