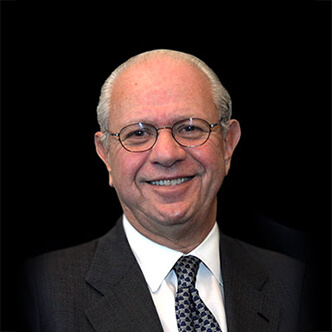 Mr. Greenberg has enjoyed a long and storied career spanning positions in public service, the private practice of law, corporate leadership, and charitable endeavors. After earning his juris doctorate with honors from The George Washington University Law Center, Steve joined the United States Attorney’s Office for the District of New Jersey, rising to the position of Executive Assistant.  Thereafter, Steve became one of the founding partners in Robinson, Wayne & Greenberg, then a leading Newark law firm.

After a career in private practice, Steve entered the corporate world, serving as Chairman and CEO of NET2Phone, Inc. and IDT Spectrum, both New Jersey-based technology companies.

Mr. Greenberg was Chairman of the National Young Leadership Cabinet of UJA; Co-chair of the First Moriah Conference; a founding member of The North American Jewish Forum; member of the executive committee and Treasurer of the Tel Aviv-Yafo Foundation; Past President of the American Friends of Beit Hatfutsot and current member of its International Board; past National Vice President of the UJA and also a National Vice Chairman and Chair of the Development Committee of Hillel International.