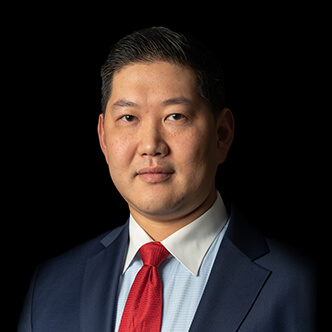 Francis W. Yook focuses his practice on business and commercial litigation in both federal and state courts. A significant portion of his practice is devoted to assisting the Honorable Mark Falk, U.S.M.J. (Ret.), in his role as mediator and special master for an array of cases, including unique Multidistrict Litigation matters of unprecedented scale and complexity.

Francis served as the law clerk to the Honorable Edward S. Kiel, U.S.M.J., the first Korean-American Federal Judge in New Jersey. Francis previously clerked for the Honorable Lisa A. Firko, J.S.C., Superior Court of New Jersey, Bergen Vicinage, for the 2014-2015 term. Before joining Walsh, Francis was an associate at a large regional law firm.

Francis earned his J.D. from Brooklyn Law School and earned his Bachelor of Arts in English from Boston University. He presently serves as the President-Elect of the Asian Pacific American Lawyers Association of New Jersey, and is a member of APALA-NJ’s Golf Committee and Judicial and Prosecutorial Appointments Committee (JPAC).