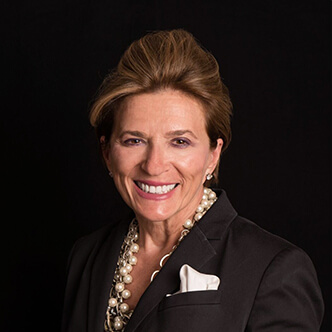 Liza M. Walsh is a highly sought-after litigator with experience representing some of the country’s largest and most prestigious companies. She focuses her practice on federal and complex commercial litigation, with an emphasis on intellectual property, antitrust and class action defense matters. In her more than 30 years of experience, Liza has defended major pharmaceutical companies in significant patent litigation and acted as liaison counsel to groups of defendants in multi-party litigation. She has more than 150 published decisions and represents clients from a diverse range of industries, including pharmaceuticals, health and title insurance, financial services, life sciences, technology, and other service and product industries. She has also served as an arbitrator in major commercial proceedings, amid a growing demand for more female representation in the field. Liza is also counsel to Senator Torricelli in his capacity as the Special Master in the enforcement of the largest court-ordered environmental cleanup in the country, involving CERCLA, RCRA, and other state and federal regulations and addressing soil, groundwater, and sediment contamination.

Liza has been ranked in Chambers USA 2020 Guide as a Leading Lawyer in the Litigation: General Commercial (New Jersey) category. She was presented with the 2019 James J. McLaughlin Award by the Civil Trial Bar Section of the New Jersey State Bar Association for civility, competence, and professionalism in civil trial law. She has also been named in “Best Lawyers in America“ for Bet-the-Company Litigation, Commercial Litigation, Patent Litigation and ERISA Litigation in 2020, following similar recognition for thirteen prior consecutive years. She was a New Jersey Trial Attorney Honoree for 2016 and named in New Jersey Law Journal’s “Top Women in Law.” In 2016, she was honored by the Executive Women of New Jersey as one of the “Women of Achievement.” NJBIZ also selected Ms. Walsh as “Top 25 Leading Women Entrepreneurs of New Jersey“ and “New Jersey’s Best 50 Women in Business.” Other honors and credits include “New Jersey Super Lawyers” for ten years, “New York’s Best Lawyers” and “New York’s Women Leaders in the Law” by New York Magazine. A graduate of Seton Hall University School of Law, she received the school’s Distinguished Graduate Award in 2012. (Awards referenced are not approved by the Supreme Court of New Jersey. Selection methodology is available.)

Before founding Walsh Pizzi O’Reilly Falanga LLP, Liza led the litigation practice that was named “Intellectual Property Litigation Group of the Year” by the New Jersey Law Journal in 2014. At the start of her legal career, she served clerkships for the Hon. Clarkson S. Fisher, Chief Judge of the U.S. District Court for the District of New Jersey, from 1985 to 1986, and for Hon. Charles Harrington, J.S.C. of the New Jersey Superior Court, from 1984 to 1985. An active community advocate, Liza is a member of the Board of the US-Asia Institute, the New Jersey Ballet Board of Directors, and Seton Hall Law School Board of Visitors and serves on the Finance Committee for the Roman Catholic Archdiocese of Newark. She is a Fellow of the American Bar Association.

(Awards referenced are not approved by the Supreme Court of New Jersey. Selection methodology is available.)