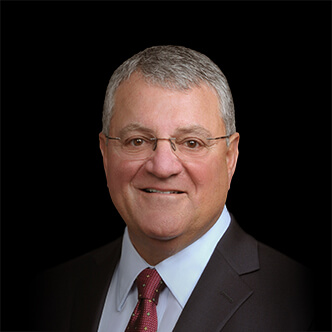 The Honorable Joel A. Pisano (ret.) recently returned to private practice after a distinguished judicial career, having served more than 20 years on the federal bench. In that time, he presided over thousands of civil and criminal cases across numerous areas of law, including pharmaceutical patents, commercial and insurance law, bankruptcy, products liability, corporate governance, internal investigations, securities litigation and felony criminal matters.

In addition to representing clients in a wide range of legal matters, Judge Pisano handles complex case mediation and arbitration, calling upon his experience in the efficient management of countless federal civil actions to skillfully and effectively bring disputes to resolution. He began his legal career as an Assistant Deputy Public Defender for the New Jersey Office of the Public Defender, and subsequently entered private practice, representing clients in both civil and criminal matters until his appointment in 1991 as a United States Magistrate Judge for the District of New Jersey. In 2000, President Clinton appointed Judge Pisano a United States District Judge, a position he held until his retirement from the judiciary in 2015.

Judge Pisano is a sought-after speaker and regularly presents on a variety of topics related to intellectual property, products liability and other legal issues.  He received the Peter W. Rodino Jr. Law Society, Outstanding Achievement Award in 2004, and the Seton Hall University School of Law, Distinguished Graduate Award in 2001.